Lions Kick Off With Racer Football 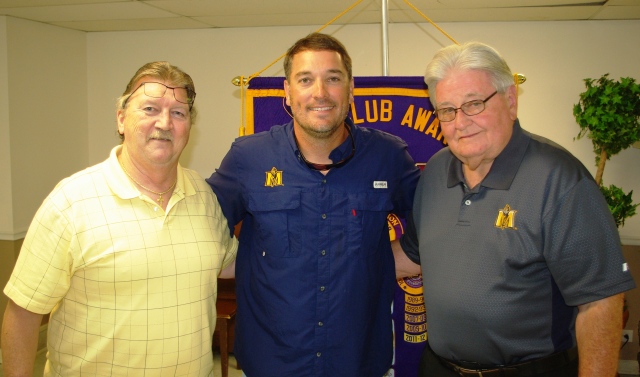 MSU Racer Head Football Coach Mitch Stewart (center) was the featured speaker at a recent meeting of the Lions Club. Coach Stewart, in his third season as head coach, regaled Lions with great stories about himself and his team giving highlights of what to expect for the upcoming season which begins August 31 with a Thursday night home game with Kentucky Wesleyan. Shown with Stewart are Lions vice president Michael Trent (left), and past president and former Racer football player Paul McCreary.