All State Band Marches Into The Murray Lions Club 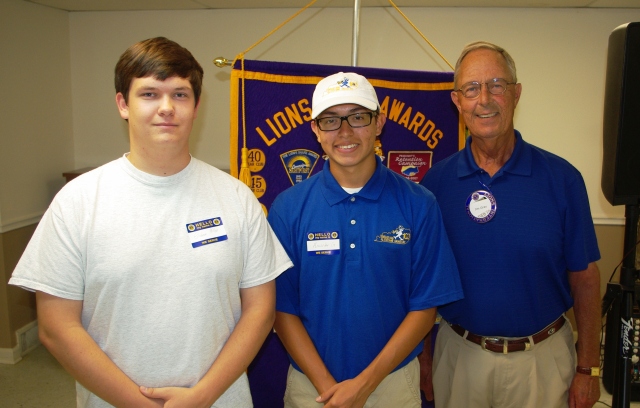 Gideon Miller (left) and Alexander Gaddis (center) recently represented the Murray Lions Club in the Kentucky Lions All State Band which marched in the Centennial Parade at the International Convention of Lions in Chicago. Miller, a Calloway County High School graduate, is currently a freshman Music Education major and Racer Band member at Murray State, while Gaddis is a senior at Murray High School. The two musicians were the guest speakers at a recent meeting of the Lions Club, describing their week-long trip. For the past four decades the Murray Lions Club has sponsored two local students each time the Lions Club International Convention has been held in the U.S. or Canada. Also shown is Lions Club President Jim Gray (right).