Murray Lions Club Foundation Is Awarded 2019 Nonprofit Of The Year 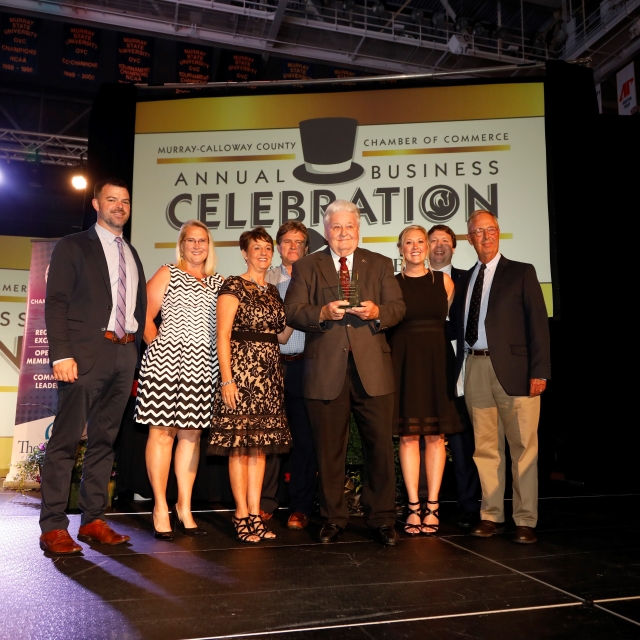 At the most recent meeting of the Murray Lions Club Foundation board, the Foundation unanimously approved a $1,000 donation to the Kentucky Lions Eye Foundation (KLEF). Murray Lions past president Vicky Crafton said “in most normal years our donation would come from our Candy Days activities; but this has been anything but a normal year and the work performed by KLEF is so important to all Kentucky.

Founded in 1954, The Kentucky Lions Eye Foundation (KLEF) is a charitable non-profit organization whose mission is to provide vision services through education, detection, prevention, treatment and empowerment.  Through collaborative partnerships, we enable greater independence and increased quality of life for all Kentuckians while focusing on children and adults in financial need.

With nearly 350,000 Kentuckians who are uninsured and many more who are under-insured when it comes to vision, the Kentucky Lions Eye Foundation’s services are in need more than ever.

KLEF is committed to filling the gaps that exist for many Kentuckians by providing affordable access to vision services.

To find out more about the Kentucky Lions Eye Foundation click here,

MURRAY — Andrew O’Rourke said that when he formed the idea for a skateboarding event and concert in Murray, he had one person in mind.

His brother, Peter III, loved these kinds of activities, and would have been right at home Saturday afternoon being part of this. Peter was not there in person for the inaugural Pete3Fest at Central Park, having died earlier this year at the age of 43. However, Andrew fully believes that his brother was watching, and was very proud.

“We’ve got some great skaters here, some from out of town and we’ve got some locals, and I don’t think we could’ve asked for anything better,” Andrew said in between making announcements to a crowd of about 125 people who gathered at the Lions Club Community Skate Park on a near-perfect afternoon weatherwise. The event attracted between 25 and 50 skateboard performers.

“It’s sunny and great. Pete ordered the weather for today. I know he did. And he delivered. He was a big snowboarder and surfer, mountain biker, everything related to action sports. So when I decided to have an event for him I thought of the skate park because this is the perfect place in Murray to have this kind of event for my brother.”

Under the sunny October sky, skateboard performers from as far away as Georgia, as well as the Nashville, Tennessee area and Lexington, along with several from western Kentucky, exhibited a wide array of tricks usually only seen on ESPN during the X Games. Some grinded on rails, others utilized the park’s half pipes for spins and twists.

Others took to the air, actually removing the boards from their feet before coming back to earth, standing up, then immediately rolling into the next move without missing a beat. With every move, the crowd asked for more.

Saturday’s event was the first of its kind at the park since it was established in 2014. Murray Lions Club Treasurer Jim Gray said he decided to attend simply because he believed the club needed to be represented. He came away quite impressed.

“It’s amazing! I wish I was even a little bit as nimble as these guys are and could do this stuff,” Gray said. “We are very excited for this group to have their event here and, on behalf of the Murray Lions Cub, we’d like to invite any and all groups from not only in Murray and Calloway County, but surrounding areas to feel free to use the skatepark.

“Anything the Lions Club can do on their behalf, we’d love to do it.”

A big reason this park was established was the pursuit of giving the youth of the community a place to go and be able to do something constructive. Sam Johnson, who used to live in Calloway County when he was younger, said he now brings his children from his current hometown of Clarksville, Tennessee so they can try their skateboard skills.

He said seeing this facility in its glory Saturday warmed his heart, especially because he was one of the judges for the competition.

“Oh, it’s amazing. It’s like one of those bucket list things,” Johnson said. “Growing up with skating, I always wanted to be a professional skater. I had that dream about a decade ago.

“Now, being able to judge a contest here? Thank you to Andrew O’ Rourke for (organizing the event). It’s great. I love it. There’s a really good vibe out here today. We’ve got good energy.”

Johnson also took time to remember the quest to establish such a facility in Murray.

“Back when I was younger, before they had the skate park, we’d go to street spots and get kicked off by local business owners and the police,” he said. “So we started trying to get the city to make something like this over at the other park (nearby Chestnut Park). We even had like a little skate donation event where we were trying to get money to make this happen.

“I moved away for a little while, then I came back and saw they actually got it. I was stoked to see they actually put it together because the kids need something like this. Did I think anything like this today was possible back then? No. Absolutely not.”

Andrew said he frequents the skate park and he did compete Saturday, to go with his emcee’s role. He came to the park wearing a shirt with the image of skateboard legend Tony Hawk, the first person to ever successfully land a maneuver known as a 900 on a halfpipe, which consists of a competitor soaring vertically above the ramp and completing two-and-a-half revolutions in the air before returning to the ground. The skater has to stay on the board to complete the trick.

‘I’ve been skateboarding about 22 years. Yeah, I’ve still got him on my shirt,” Andrew said of Hawk, as he looked to the future. “Oh yeah, I plan on doing this every year. Murray, Kentucky is a great place and we’re going to make it happen.”

Music for the skateboard contest was provided by DJ Steven Spadafino, the O’Rourkes’ cousin. The concert that followed at the Rotary Club of Murray Amphitheater Performing Arts Pavilion featured a wide variety of musical performances from acts such as WiiRMZ  of Louisville, Mammoth String Band of Paducah and David Pollack of New York City.

Proceeds from sales of items from memorabilia and food vendors will go to the Neartown Recovery Center of Murray.

A recent meeting of the Murray Lions Club was once again devoted to the packing of 500 snack filled “backpacks” which Need Line will distribute to Murray Independent and Calloway County school district students in order to help insure that they have nutritious foods to consume over weekends. Once again the Lions purchased all the food and supplies to support this important program in our community.

Meet future Leader Dog Mission, who is beginning a remarkable career that will fill an urgent need for a person who is blind or visually impaired at no cost to them.

Puppies are constantly learning during their first year of life and volunteer puppy raisers devote a tremendous amount of time, love and energy helping lay the foundation for the puppies to succeed. As one puppy raiser described this tremendous responsibility, “I am humbled and awed by being a part of the process that creates a person-dog team that can give such freedom to someone who is visually impaired.”

Lions Clubs International, founded Leader Dogs for the Blind in 1939 and Lions have been dedicated ambassadors and loyal supporters of the mission since that time. Over 4,900 Lions Clubs both nationally and internationally contribute financially to Leader Dog. Lions identify people in their community who could benefit from Leader Dog’s services, offer assistance to our clients and widely communicate information about our programs throughout their hometowns and districts. 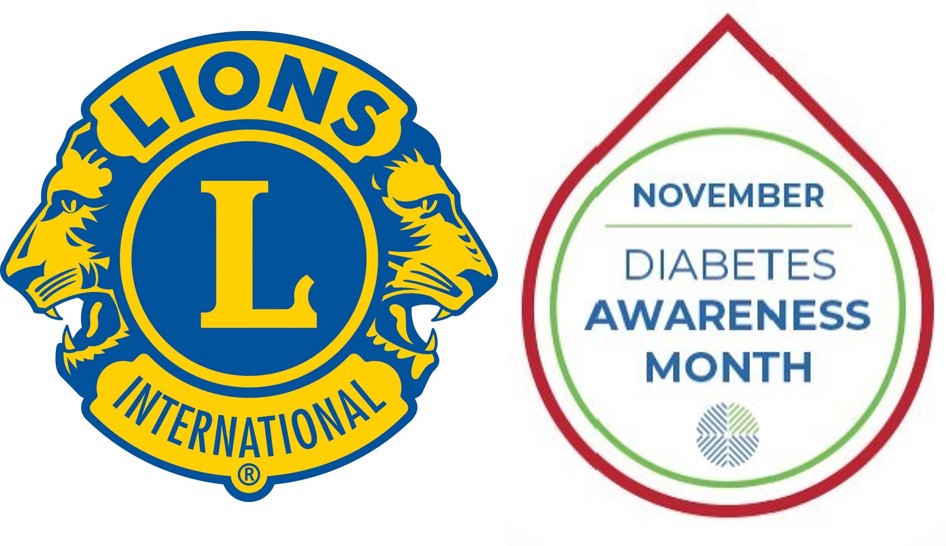 November is Diabetes Awareness Month, designed to bring awareness to this serious health issue — one that many people face. In fact, 1 in 3 Americans have prediabetes, yet 90% of them don’t know they have it.

Ready for the good news? Type 2 diabetes is preventable. To take a self risk assessment from the American Diabetes Association, click on the link below.

The Murray Lions Club installed the officers for the 2019-2020 Lions year at the annual dinner held at South Pleasant Grove Methodist Church. Performing the installation was Lions District Governor Kevin Bishop. Pictured above is the full Murray Lions board. Outgoing Lions president Vicky Crafton handing off the gavel to incoming Lions president Paul McCreary and the Hazel branch club board.